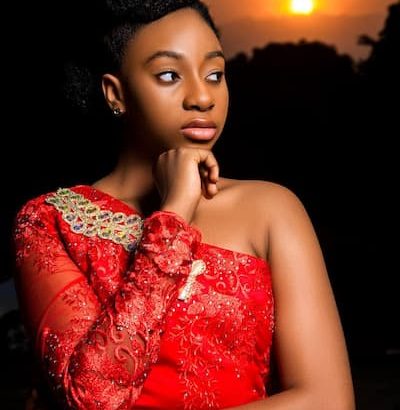 Adaeze Onuigbo born (Adaeze Oby Onuigbo) is a fast-rising Nollywood teenage actress, model, dancer, and television personality. She is well known for playing the role of a kid in several Nollywood movies. Oby is one of the fastest-rising Nollywood child actresses.

She was born on 2 September 2005 in Asaba, Delta State in the South Southern part of Nigeria. She 16 years old as of 2021. Oby cerebrates all of her birthdays every 2nd of September every year.

Adaeze has not given out any information about her parents and siblings but her mother celebrated her and wrote: ‘Happy birthday to u my angel, my pearl, my womb opener, my superstar, each time I looked at you I remember no more the pains, the rejection and the tears of yesteryears.’

Adaeze is single. She is not dating anyone because she wants to concentrate on her career and her education. If Onuigbo decides to date we will be updated the information as soon as possible.

She won the Face Of Anambra Beautiful Kid in 2018 an event which was held in Awka the capital city of Anambra state in the eastern part of Nigeria. She has acted in more than30 Nollywood movies include Perfect, The New Girl in my class, Sister love, Karate Kid Anointed Kids, Lion Heart, Beauty of Love, Festive of Reality, Return of Sharon, The strange Shrine, The stolen crown.

The actress, model, dancer, and television personality has an estimated net worth of $50,000 dollars.