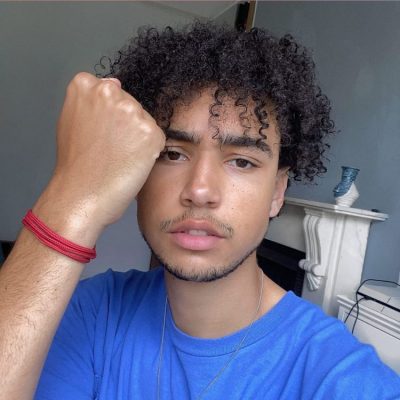 A native of Croydon Archie Madekwe is an English actor. Archie gained fame when he played a role as Kofun in the Jason Momoa starred series See. He has also played another notable role as Jackson Bailey in the British sitcom “Hang Ups”, which aired on Channel 4.

Archie made his acting debut with the TV Series “Casualty” as Benjamin Mason in 2014. In 2019, he portrayed the supporting role of Kai in the Neil Burger directed thriller and science-fiction film “Voyagers”.

Archie Madekwe was born on 10 February in London. He is 25 years old as of 2020. The English actor celebrates his birthday in every 10th of February every year.

The famous actor stands a height of (6 feet 4 inches) 1.93 meters tall and weighs 75 kilograms. He has dark brown eyes and black hair.

Archie has not talked much about his parents or sibling. The actor has mentioned that he has a cousin named Ashley Madekwe who is an actress known for the role she played in the soapy series Revenge and Netflix’s adaptation of Gerard Way’s The Umbrella Academy.

The famous actor has kept a low profile about his personal life. He has not given out any information about his dating life or if he is dating but we will update you when the information is out.

Archie Madekwe studied at the BRIT School. After leaving the drama school he joined controversial Edward Albee play called The Goat with Damian Lewis and Sophie Okonedo. After The Goat, he joined Ari Aster’s horror flick, Midsommar. Archie Madekwe’s acting profile blew up in early 2020 for his role as Kofun in Apple TV’s original series See that aired on 01 November 2019.

Archie is an actor who gained fame when he played a role as Kofun in the Jason Momoa starred series See. Madekwe’s net worth is under review. This information will be updated soon.

Nobody gets me but Tucker #reuinted