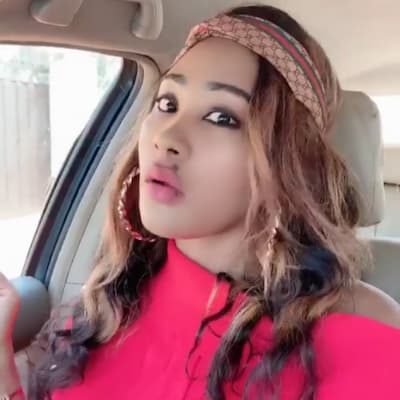 Bella Ebinum is a fast-rising Nollywood actress, model, and television personality. She is the most beautiful and talented actress in Nigeria. She started acting at a very young age

She was born on the 14th of October 1990 in Warri, Delta State in the South Southern parts of Nigeria. She is 31 years old as of 2021. She celebrates her birthday every 14 of October every year.

Bella is the firstborn in a family of three children. She is the only daughter in her family. She has two brothers but only one Kelvin Chinenye Ebinum. She has not shared much about her parent’s names or they alive or not. The information about her parents will soon be updated.

Bella is not married.  She said: “I can never walk into a loveless relationship no matter what that relationship can offer me in terms of sex or money. I study a man very well and I know when a man loves me or not. It is not by telling me all the time that you love me, I want to see it in your behavior and the way you act towards me. I don’t just walk into any relationship like a street girl because I know what I want,” she told Vanguard.

“The truth is that, if you honor and respect your man, he would love you for it. Some married women make life too complicated for themselves by claiming equality with their men. A woman should know that the man is king and should be honored and respected. Know the things your man doesn’t like and desist from doing them. You just have to make your man feel like his life depends on you,” she said.

Bella Ebinum attended Cambridge International School, Warri Delta state. Ebinum is a graduate of the University of Port Harcourt. She read Economics and did her NYSC and passed out in 2015. Bella Ebinum doesn’t flaunt her boyfriend on Instagram.

The Nollywood actress, model, and television personality has earned a fortune from her career. She has an estimated net worth of $300,000.