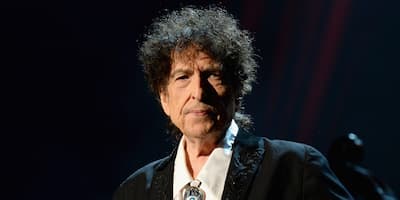 Bob Dylan (born Robert Allen Zimmerman) is an American singer-songwriter, author, and visual artist. He is known as the greatest songwriter. He is well known for songs like Blowin’ in the Wind and “The Times They Are a-Changin’. has published eight books of drawings and paintings, and his work has been exhibited in major art galleries.

He stands at a height of 1.70 meters tall and weighs63 kilograms. He has blue eyes and salt and pepper hair.

The American singer was born in Duluth, Minnesota, and raised in Hibbing, Minnesota, on the Mesabi Range west of Lake Superior. Dylan was born to his father named Abram Zimmerman and his mother Beatrice “Beatty”  who were part of a small, close-knit Jewish community.

Dylan formed several bands while attending Hibbing High School. In the Golden Chords, he performed covers of songs by Little Richard and Elvis Presley. Their performance of Danny & the Juniors’ “Rock and Roll Is Here to Stay” at their high school talent show was so loud that the principal cut the microphone.

In 1959, Dylan’s high school yearbook carried the caption “Robert Zimmerman: to join ‘Little Richard’.” That year, as Elston Gunnn, he performed two dates with Bobby Vee, playing piano and clapping. In September 1959, Dylan moved to Minneapolis and enrolled at the University of Minnesota. His focus on rock and roll gave way to American folk music, as he explained in a 1985 interview.

He has six children: He has three sons and three daughters. His sons are Jakob Luke Dylan who is an American singer and songwriter. Jesse Dylan, and Sam Dylan. His three daughters Desiree Gabrielle Dennis-Dylan, Anna Dylan, and Maria Dylan.

Dylan began to perform at the Ten O’Clock Scholar, a coffeehouse a few blocks from campus, and became involved in the Dinkytown folk music circuit. During this period, he began to introduce himself as “Bob Dylan”. In his memoir, he said he had considered adopting the surname Dillon before he unexpectedly saw poems by Dylan Thomas, and decided upon that less common variant.

Dylan dropped out of college at the end of his first year. In January 1961, he traveled to New York City to perform there and visit his musical idol Woody Guthrie, who was seriously ill with Huntington’s disease in Greystone Park Psychiatric Hospital. Guthrie had been a revelation to Dylan and influenced his early performances. Describing Guthrie’s impact, he wrote: “The songs themselves had the infinite sweep of humanity in them… [He] was the true voice of the American spirit.

I said to myself I was going to be Guthrie’s greatest disciple”. As well as visiting Guthrie in hospital, Dylan befriended Guthrie’s protégé Ramblin’ Jack Elliott. Much of Guthrie’s repertoire was channeled through Elliott, and Dylan paid tribute to Elliott in Chronicles: Volume One. Dylan later said he was influenced by African-American poets he heard on the New York streets, especially Big Brown.

Bob is an American singer-songwriter, author, and visual artist who has earned a fortune from his career. He has an estimated net worth of $350 million.