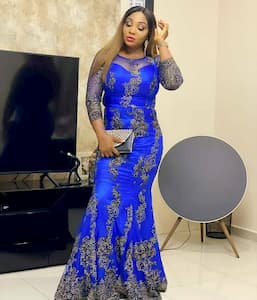 Chinenye Uyanna is a Nigerian born actress, model as well as a television personality. Uyanna is a fast-rising Nollywood actress who has been featured in comedy movies as well as runs girl in several Nollywood movies.

She has been featured alongside famous actors and actresses like Zubby Michael, Charles Inojie, Ini Edo, Jim Iyke, Sylvester Madu, John Okafor, Tonto Dikeh as well as Chika Ike. Chinenye has also worked as a host of some top Nollywood shows alongside other top Nollywood celebrities.

The Anambra State native actress is known for her ability to fit in different roles and interpret the roles accordingly her beauty, skill, as well as creativity, makes her one of the most sorts after Nollywood actresses as when it comes to the talent she has it.

The amazingly talented Nollywood actress, Uyanna, maintains a low profile about her personal life. There is no known information about her exact height, weight nor her other body measurements. The beautiful actress has black hair and dark brown eyes which tops her beautiful figure as well as her brown complexion. This information will be updated as soon as it has been made available.

The 29-year-old Nollywood actress, Uyanna, is the firstborn child of five children. Chinenye was born in a Christian family and is the daughter of Uzoma Uyanna, her mother. There is no known information about her father’s name nor the identity of her siblings though she celebrates and appreciates her family so much as she has been posting them regularly n her social media platforms. This information will be updated as soon as we have credible information pertaining to the topic.

Chinenye who is known for her prowess in fitting in different characters given to her from her directors and producers onset is very secretive about her personal life. She has not revealed any information about her social life as well as her relationship status.

There is also no known information about her past relationships nor if she is yet to be a mother or not. Uyanna says that according to her marriage is an institution that needs to be properly understood before taking a headlong dive into it.

After Chinenye completed her secondary school education in Lagos, she proceeded to join the University of Nigeria, Nsukka in Enugu State, where she graduated with a Bachelor’s Degree in Economics and Political Science. The beautiful and talented actress, Uyanna, began her acting career at the age of sixteen.

She started performing on stage drama and proceeded to professional acting doing roles on different films and television shows like Marriage Pressure, Maskers, A Friendly Enemy, Star Girl, Igbu Ochu, Secret Desire, No Bride For Dad among others.

Chinenye Uyanna Salary and Net Worth

The amazingly talented Nollywood actress, Uyanna, earns a comfortable salary basing on her lifestyle according to her social media pictures. There is no known information about the exact amount her annual salary is neither her estimated net worth. This information will be updated as soon as we have credible information pertaining to the topic.