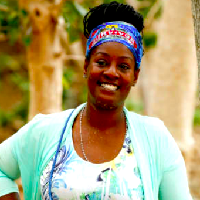 Cirie Fields born Cirie Tiffany Fields is an American nurse and reality TV personality who competed on four seasons of Survivor. She first appeared in 2006 on Survivor: Panama, finishing in 4th place. In 2008, she returned and placed 3rd on Survivor: Micronesia.

She stands at an average height of 1.63 meters tall and weighs 58 kilograms. She has black hair and brown eyes.

Fields was born and raised in  Jersey City, New Jersey. She grew up partially in Norwalk, Connecticut with her sisters Karla and Cicely, and her brother Kenneth. She has not disclosed any information about her parents.

Fields is a married woman. She tied knots with Clarencio “H.B.” Hacker. The couple has not said anything about their first encounter and dating life. Cirie was previously married. She had three children from her previous marriage.

She studied nursing at St. Francis Nursing School in New Castle, Pennsylvania, where she earned her degree. She went on to work as a clinical coordinator at Norwalk Hospital Surgical Center.[

Fields have participated in four different seasons of Survivor, and has even been praised by series host Jeff Probst for being a self-proclaimed couch potato who “got up off the couch to live their adventure”. Clarencio is an American actor and reality tv personality. Like his wife, he is known for the reality tv show Survivor(2000). He is also known for his appearance in ‘I am gonna fix her (2008)‘, Survivor: Panama – Exile Island – The Reunion (2006)‘, and ‘Bamboozled (2006)‘.

For the third time in her career, Fields was chosen to participate in Survivor, this time for its 20th season, Heroes vs. Villains. As part of the Heroes tribe, she immediately became targeted for elimination by Tom Westman and Stephenie LaGrossa but survived the first Tribal Council when the Heroes tribe unanimously eliminated Jessica “Sugar” Kiper, who was seen as the weakest and most emotional person on the tribe. In Episode Two, Fields and her tribemate, Candice Woodcock, became the decisive votes in eliminating LaGrossa by a 6–3 margin.

On December 12, 2011, Fields was inducted into Xfinity’s Survivor Hall of Fame. In a 2011 Rob Has a Podcast community fan poll, Fields was ranked the 6th greatest contestant of all time. In a 2014 follow-up poll, she was ranked 7th. In a 2015 issue of CBS Watch magazine, commemorating the 15th anniversary of Survivor, she was voted by viewers as the tenth greatest contestant in the history of the series to date. In total, she has played the game of Survivor for a total of 121 days, making her one of only a handful of players to have passed the 100-day mark on Survivor.