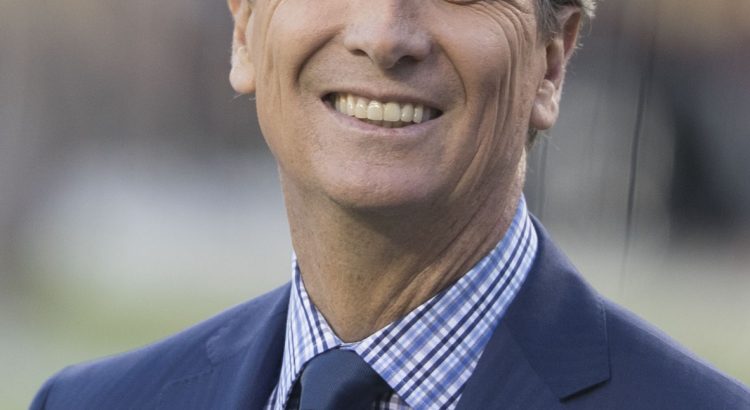 Cris was a wide receiver in the National Football League(NFL) for eight seasons all with the Cincinnati Bengals, during the 1980s. Collinsworth played college football for the University of Florida and was recognized as an All-American.

Anthony is currently a television sportscaster for NBC, Showtime, and the NFL Network. He is also a winner of 16 Sports Emmy Awards. Cris is the owner of Pro Football Focus, a sports statistic monitoring service.

Cris is the son of Abraham Lincoln “Abe” Collinsworth, his father, and Donetta Browning Collinsworth, his mother. His father, Abe, was born on Abraham Lincoln’s birthday and was known as “Lincoln” in high school. Abe was one of the top scorers in Kentucky high school basketball history and played for the Kentucky Wildcats “Fiddling Five” that won the 1958 national championship.

Both of Anthony’s parents were educators; Donetta was a teacher and Abe was a high school teacher and coach who later became a principal and eventually the superintendent of schools for Brevard County. Collinsworth has a younger brother called Greg. There is not much information about his brother. This information will soon be updated.

Collinsworth is the loving husband to Holly (Bankemper) Collinsworth. His wife is an attorney. The couple has been blessed with four children and resides in Fort Thomas, Kentucky. His son, Austin Collinsworth, is a former football player and team captain at the University of Notre Dame. His other son, Jac, also attended Notre Dame and was a features reporter for ESPN’s Sunday NFL Countdown before joining his father at NBC, where he alternates with Mike Tirico and Liam McHugh as a co-host on Football Night in America.

In 1963, the Collinsworth family moved from Ohio to Melbourne, Florida. Cris was four years old when his family moved. In 1972, they moved to nearby Titusville where Collinsworth and his brother attended Astronaut High School while their father was the principal.

Anthony was successful in multiple sports for the Astronaut War Eagles, and during his senior year in 1976, he won the Florida High School Athletic Association (FHSAA) Class 3A 100-yard-dash state championship and was named a high school All-American quarterback.

Cris kicked off his career by playing college-level football. His perfect height and great speed during his games caught the eyes of coaches of college football through the South. Collinsworth took an athletic scholarship with the goal of joining the university in Gainesville, situated in Florida.

While in the Universit he played under a coach called Doug Dickey and also Florida Gators football crews by a coach named Charley Pell from 1977 through 1980. Cris Anthony was drafted in 1981 by Cincinnati Bengals within a second round (noting 37th pick overall). He spent an NFL career for a span of eight years by playing with the Bengals. Anthony retired from playing and is currently working as a broadcaster on NBC working on the Cincinnati station called WLW as a sports radio talk show cast.

Cris Collinsworth Net Worth and Salary

Collinsworth has over the years acquired great fortune from his sporting career as well as his broadcasting career. His annual salary and estimated net worth are currently under review and will soon be updated.