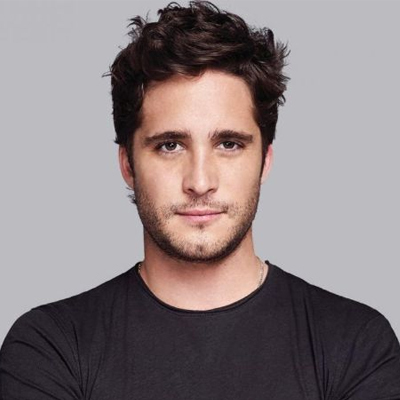 Diego Andrés González Boneta is a Mexican actor and singer. He gained wider recognition for starring in Rock of Ages alongside Tom Cruise and the Netflix biographical series Luis Miguel: The Series. He recorded his self-titled debut album with his first single, “Responde” in 2005.

A Brazilian version of the album with songs in Portuguese was recorded in 2006. In 2008, he released his second album titled Indigo.

Diego stands at an average height of 1.75 meters tall and he weighs 68 kilograms. Diego has black hair and brown eyes. His other body measurements are not available.

Details pertaining to his educational background are currently unavailable. This information is however currently under review and will soon be updated.

Boneta was born in Mexico City, the son of two engineers. His father is Mexican, while his mother was born in the United States, to a Puerto Rican father and Spanish mother. He has two siblings, Natalia and Santiago, who have both gained a significant following on social media as a result of their brother’s fame. Although he never knew his maternal grandfather, Otto Boneta, a songwriter, and psychiatrist, Diego credits him for his musical talents.

Diego has not gone public with his relationship, it is not publicly known whether he is married or in a relationship. His partner’s information will be updated as soon as the information is available

As he shot into the spotlight he became the cover model of TROIX magazine’s ‘March Men Madness’ 2011 issue, introducing him as “Prince Charming”. His big Hollywood break came when he was cast in the lead role in Adam Shankman’s movie adaptation of the hit Broadway musical Rock of Ages. He played Drew Boley, a young upstart in Los Angeles in the late 1980s with dreams of becoming a rock star.

Of Boneta’s audition, Shankman called him the “next big thing” and compared him to Zac Efron, Channing Tatum, and Liam Hemsworth. In May 2013, Boneta began filming in West Virginia for an upcoming independent film entitled Another You, co-starring Ksenia Solo. In 2014, Boneta has featured in Abercrombie & Fitch’s “Making of a Star” campaign. As a result, photos of Boneta shot by Bruce Weber were featured in A&F stores worldwide.

Boneta has an estimated net worth of $3 million dollars. This includes his assets, money, and income. His primary source of income is his career as a Television Personality. Diego has not gone public with his relationship, it is not publicly known whether he is married or in a relationship. His partner’s information will be updated as soon as the information is available