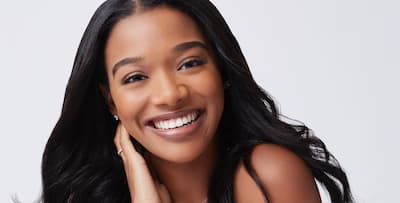 Eliza Isichei is a Marketing Manager from Berlin, Germany. She is also a contestant on the 26th season of The Bachelor.

Eliza stands at an average height of 5 feet 5 inches tall.  She weighs 56 kilograms. She has black hair and brown eyes. She has not shared the detail about her other body measurements.

She was born and raised in Berlin, Germany, Eliza by both her parents. She spent most of her childhood traveling to and from Berlin for her father’s job. Her family also visits Switzerland often for vacation.

She is not married. She is currently single and that’s why she joined Clayton Echard’s The Bachelor season 26. Isichei is hoping to find someone who is cultured, worldly, and ready to be her partner.

Eliza did her Diploma at John F. Kennedy High School Berlin. She also studied International Journalism from Richmond, The American International University in London. In addition, she graduated in 2018 with a Bachelor’s degree in Mass Communications from the University of Florida.

Isichei is from Berlin, Germany.

Isichei is a contestant on the 26th season of The Bachelor. She was added to the list of contestants in December 2021. Isichei joined 30 other women who are fighting for Clayton Echard’s love. Clayton is the lead Bachelor. He was also a contestant on Michelle Young’s season of the Bachelorette where he was eliminated and finished in 8th place.

The show premiered on January 3, 2022, at 8/7c. However, the question at the end of it all remains, will Isichei walk away with Clayton’s heart and the final rose?

Isichei began her career in August 2016 as a Multimedia Journalist at WUFT News. In January 2017, she was promoted to the position of Anchor and Producer.