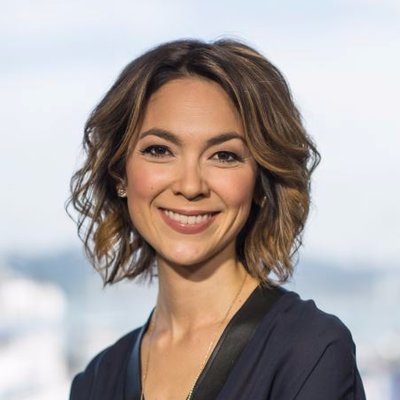 She stands a height of 5feet 4inches. She has brown eyes and dark brown hair. She has a slim body but her weight is not available. The information about her other body measurements will soon be updated.

She was born to a mother named Sandra Galeone Chang and a father named Laban Lee Bun Chang but he died in 2003. Her father was a lawyer and originally from Kaohsiung, Taiwan. Chang has a sister named Sara.

Emily is a married woman. She got married to Jonathan Dewees stull in Haleiwa, Hawaii in 2010. The couple was blessed to have four children. Her first child is Cooper Judson Stull who was born on the 8th of September 2012 and Ramsey James Stull who was also born on the fifth of January 2015. The other names of their kids are not yet disclosed but the information will soon be updated.

Chang began her journalism career in 2007. She served as an international correspondent for CNN, based in Beijing and London. Emily covered international news for CNN’s “American Morning” program. She also covered European and international events including the disappearance of Madeleine McCann.