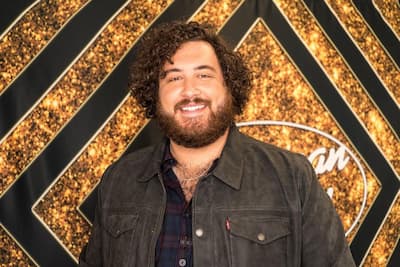 Graham DeFranco American singer, songwriter. He performs from the state of Texas. He gave an audition for the American Idol 2021 and left everyone in the room speechless. The star Luke Bryan called out to Graham saying that he has one of the most listenable voices.

He was born in 1994. He is 27 years old. He has not shared his actual date of birth and the place where he was born.

Graham stands at a height of 1.75 meters tall and he weighs 90kilograms. He has brown eyes and dark brown hair.

He is in a relationship with Natalie. Natalie is a model situated in the same city as Graham in Texas. Natalie has really helped Graham grow when it comes to music and life in general.

He debuts on the American Idol 2021 when he came for an audition which was aired on February 28th in the night. He is a goofy guy who jokes a lot such as how surreal it was to audition for the show with all the mikes and lights. He has only been doing open night so far and he joked about how he finally got to experience what it was like when people actually paid attention to him.

Graham is usually a goofy person who jokes around a lot to shake off his nervousness before going in front of the judges in order to perform well. For his audition, he sang ‘Part One’ by Band of Horses. The judges really loved what he did with the song but they also pointed out his lack of confidence. In the end, he got three yeses with a golden ticket and lessons to work on building his confidence and his belief in his own voice.

Graham has really worked hard to retain his position on the American Idol. He was recently shortlisted for the top 16 on the show where he sang “That’s Life” by Frank Sinatra for his performance. “I just think you’re an underdog and everybody wants to root for you,” Perry said. “You’ve got an incredible talent, and I’m glad you’re starting to believe in it.”