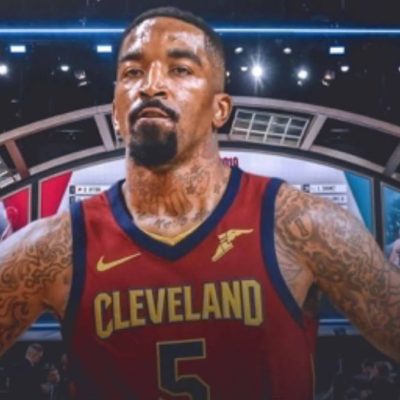 Smith also played high school basketball at New Jersey basketball powerhouse Saint Benedict’s Preparatory School in Newark. The talented and basketball fee agent player, Joseph Smith, entered the NBA out of high school after being selected in the first round of the 2004 NBA draft with the 18th overall pick by the New Orleans Hornets.

Smith has also played for the Denver Nuggets and New York Knicks, as well as for the Zhejiang Golden Bulls of the Chinese Basketball Association. He won an NBA championship with the Cavaliers back in 2016.

The American professional basketball player who plays as a free agent, Eal Joseph Smith III, was born on September 5, 1985, in Freehold, New Jersey, United States. Smith is 34 years old as of 2019. He will be celebrating his 35th birthday on 5th September 2020. He celebrates his birthday on September 5 every year.

Earl Joseph Smith III is the son of Ida Smith, his mother, and Earl Smith, his father.

Smith married the love of his life in August 2016. Smith was dating Jewel Harris and decided to tie the knot with Harris.

The couple has three daughters together. Smith has one daughter from a previous relationship. Their second daughter together was born in January 2017, weighing one pound at birth. Former teammates Carmelo Anthony and Chris Paul are the godfathers of his first two daughters.

To view his full and latest stats visit stats.nba.com

Smith has not revealed his official Facebook page. This information will soon be updated.

Former Cleveland Cavaliers guard J.R. Smith expressed some regret for beating up a man in Los Angeles who allegedly vandalized his car, which was parked on the street as George Floyd protests engulfed the city. Smith said in an interview on the “Pat McAfee Show” he was seeing red at the time. Video footage showed Smith kicking and punching the man. He landed several shots to his head before friends were able to get the man from an irate Smith.

“When it happened, I saw red,” Smith told the former NFL punter. “Then when I finally snapped to… I’m still disappointed with myself, even though people say I shouldn’t be.

“For me, I’m 34 years old. I have four little girls at home. I don’t want that image – regardless of the fact whether it was right or wrong – I don’t want them to have that image of their dad being capable of doing that, and doing something like that.”

Smith called his actions a “random act of stupidness.”

He added: “The one black person who was able to get out of the situation and move into a nice neighborhood and do all of those things that we aspire to do. You broke that person’s [car] window without even knowing. People are consistently doing stuff when you don’t even know what you are doing it for or why you are doing it.”

Smith, who had taken part in Los Angeles protests, said his truck was parked in a residential area, nowhere near any stores that were being looted during the violence.