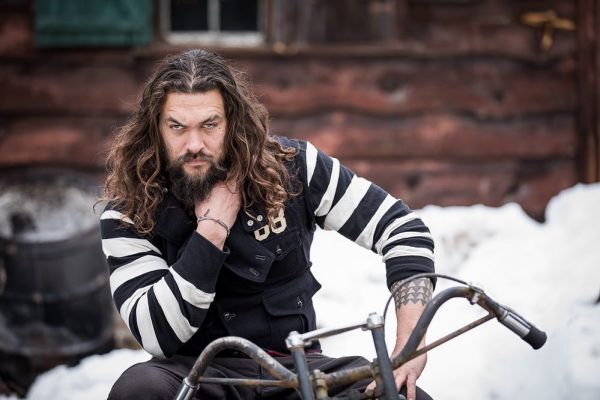 Jason was raised by his mother in Norwalk, Iowa. After graduating from high school, he moved to Hawaii, where he was given a role, beating out of thousands of hopefuls in the TV series  “Baywatch Hawaii” in its 10th season.

When the show ended, he spent the next couple of years traveling around the world. In 2001, he moved to Los Angeles, where he continued to pursue an acting career. In 2010, he debuted in the Emmy-nominated HBO series Game of Thrones playing the Dothraki king, Khal Drogo. To illustrate to the producers that he was Khal Drogo, he performed the Haka, a traditional war dance of the Maori of New Zealand.

Jason, who is famously known for his role Khal Drogo in the HBO fantasy television series Game of Thrones measures a standing height of 1.93 meters which is equivalent to 6 feet 3 inches tall. His weight is 214 lbs. For Conan, he was able to get up to 235 pounds.

Jason is the only child of Coni (Lemke), a photographer, and Joseph Momoa. There is no information about Jason’s brother that is provided.

In 2005 Momoa started a relationship with actress Lisa Bonet. Although it was previously believed that Momoa and Bonet married on November 15, 2007, the couple did not legally marry until October 2017. Through his marriage to Bonet, Momoa is the stepfather to Zoë Kravitz. In July 2007, the couple was blessed with their first child, a daughter. Their second child, a son, was born in December 2008.

He has two kids a daughter named Lola Iolani Momoa who was born 23 July 2007and their second child, a son named Nakoa Wolf, who was born in December 2008.

Lisa Michelle Bonet is an American actress and activist. She was born on 16th November 1967 in San Francisco, California, United States. She will be 53 years old as of 2020.

In June 2014, Momoa was cast in the Aquaman. His first role to play in this film was as a cameo in the superhero film Batman v Superman: Dawn of Justice, marking Aquaman’s live-action theatrical debut. Momoa also played the character in a leading role in the 2017 ensemble film Justice League. In 2018 he starred in the Aquaman solo film. He also reprised this role in The LEGO Movie 2: The Second Part.

Emilia and Momoa played together in the HBO fantasy television series Game of Thrones. Momoa played as  Khal Drogo and Emilia played the role of Daenerys Targaryen. Momoa is noted for having a close friendship with Emilia Clarke.