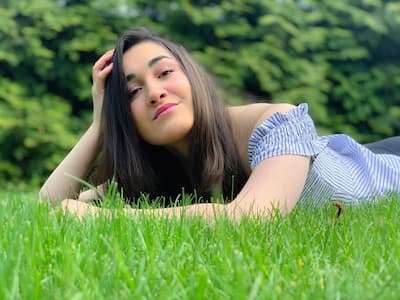 Julia Jewel is an American Singer, Songwriter, and Producer. She auditioned for ABC’s singing reality show, American Idol. At the age of 8, she fall in love with performing and decided to make a career in music.

Julia was born and raised in New Canaan, Connecticut, United States. Thus, the identity of her parents is still unclear. It is also not known if she has any siblings. We will update this section once this information is available.

She has done graduation from Berklee College of Music with a Bachelor of Music. Julia went to the School of Rock in New Canaan, The Pop Music Academy in Stamford, and the New York Jazz Academy in Manhattan.

At age fifteen, she started writing her own music. She has done group and solo performances on stages ranging from coffee houses, churches, and schools to large theaters and halls such as Garcia’s, Ridgefield Playhouse, Wall Street Theater, and once at the world-famous Carnegie Hall.

In 2019, she got a scholarship for voice and songwriting from Berklee College of Music in Boston.
On August 15th, 2020, she released her first solo song ‘Till We Die’ from the series of 8 tracks. The set of tracks began with ‘Till We Die’ and concluded with ‘Monster’. It was written and entirely produced by Julia.

She has woven a musical path through several schools, such as Performing Arts Conservatory and School of Rock in New Canaan, The Pop Music Academy in Stamford, and the New York Jazz Academy in Manhattan. In 2021, she gave an audition for ABC’s singing reality show American Idol judged by Luke Bryan, Katy Perry, and Lionel Richie.