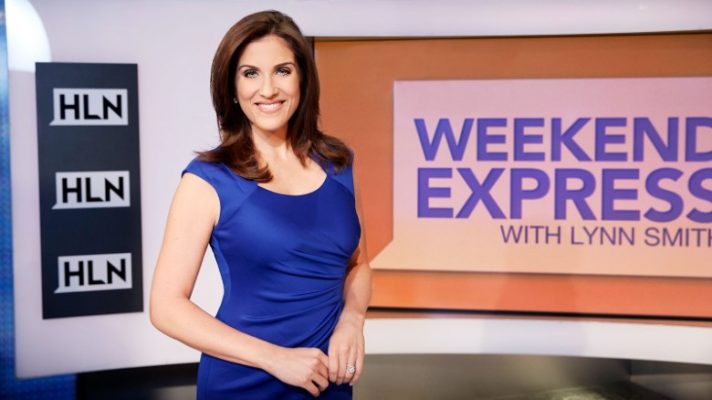 Lynn Smith was born Lynn Marie Smith. She is an American anchor/correspondent for HLN. She joined HLN in March 2019 after being a host of the network’s popular Weekend Express. She also worked for MSNBC and News for New York.

Smith is a journalist as a profession. She stands a height of 1.68 meters tall her weight is 66 kilograms. Her body measurement of 37-28-38 inches and she has dark brown hair and green eyes.

Smith is a married woman. She got married to Graham Smith. They started dating a few years before they tied the knot. Her husband proposed to her on 28th November 2014. They tied the knot on 25th April 2015.

Lynn is the mother of two handsome boys. Her firstborn child was born on 8th Feb 2016 and her second son was born on 2nd November 2018.

Smith is the anchor of the HLN (CNN Headline News) live daily news program On The Story. Smith joined HLN in March 2019 after working for good five years as a host network’s popular Weekend Express with Lynn. In 2010 she joined MSNBC where she has served as General Assignment Reporter and fill-in anchor for WNBC-News 4 New York.

She graduated from Miami University in Ohio. She majored more in Mass Communications and wrote for the university newspaper. She joined the NBC Page Program in 2001, in Los Angeles. She then moved to the east where she joined the Today Show. Smith is well known for the Media Award Mothers Against Drunk Driving (MADD).

Lynn is an American anchor for HLN. She has earned a lot through her career as a journalist. Lynn has an estimated net worth of $3 million.