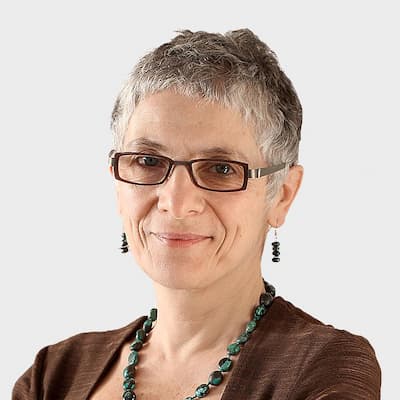 Melanie Phillips is a British journalist, author, and public commentator. She began her career writing for The Guardian and New Statesman. During the 1990s, she came to identify with ideas more associated with the right and currently writes for The Times, The Jerusalem Post, and The Jewish Chronicle, covering political and social issues from a socially conservative perspective. Phillips, quoting Irving Kristol, defines herself as a liberal who has “been mugged by reality”.

Phillips is 71 years old as of 2022. She was born on 4 June 1951, in Hammersmith, London, United Kingdom. She celebrates her birthday every 4 of June every year.

Phillips was born in Hammersmith, the daughter of Mabel and Alfred Phillips. Her family is Jewish and emigrated to Britain from Poland and Russia. According to her account, the name “Phillips” was imposed by British officials who were unable to pronounce her family’s Polish name. She describes her family as “poor” people living as outsiders in an impoverished area of London, who “kept their heads down and tried to assimilate”.

Her father, Alfred, was a dress salesman, while her mother, Mabel, ran a children’s clothes shop and both were committed Labour voters. She has stated that her father was “gentle, kind and innocent”, an “overgrown child”, and that “as my other parent he just wasn’t there”, which taught her “how the absence of proper fathering could screw up a child for life”.

Phillips is married to Joshua Rozenberg, former legal affairs editor for the BBC. The couple has two children.

Phillips trained as a journalist for the Evening Echo, a local newspaper in Hemel Hempstead. After winning the Young Journalist of the Year award in 1976, she spent a short period at the New Society magazine. She joined The Guardian newspaper in 1977, becoming its social services correspondent and social policy leader writer.

In 1984, she became the paper’s news editor and was reported to have fainted on her first day. In 1982, she defended the Labour Party at the time of the split with the Social Democratic Party. Her opinion column began in 1987. While working for The Guardian, Phillips was persuaded by Julia Pascal to write a play called Traitors, which Pascal then directed.

It was performed at the Drill Hall in January 1986. The play was set at the time of the 1982 Lebanon War and centered around the moral dilemmas of a Jewish journalist who as political editor of a liberal magazine has to decide whether to veto an article written in anti-semitic tones and also whether she is right to publish a leaked document about the Falklands War.

In November 2010, The Spectator and Phillips apologized and agreed to pay substantial compensation and legal costs to a prominent British Muslim they falsely accused of antisemitism. The following year, she resigned from the magazine after it apologized and paid compensation for another of her pieces which, it said, contained an allegation that was “completely false”.

Since 2003, she has written a blog, once hosted by The Spectator, but following her resignation from the magazine in June 2011, it is hosted on her website. In September 2013, it emerged that her Mail column was to end, although according to Phillips, the newspaper wanted her to continue to write features and other articles for it.

Malanie Phillip’s Net Worth and Salary

Malanie has an estimated net worth of $5 million. She has earned her net worth from her career as a journalist. The information about her salary is not available.