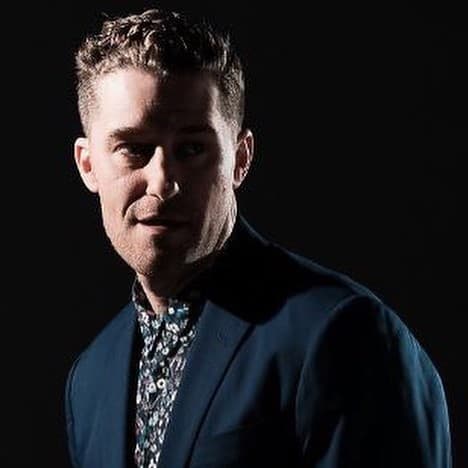 Matthew is known for his role as Link Larkin on Broadway’s Hairspray movie. He was also featured as Will Schuester on the Fox television show Glee which aired from 2009 to 2015. James is signed with Adam Levine’s 222 Records.

He has received a Tony Award nomination for his role as Fabrizio Nacarelli in the musical The Light in the Piazza. Matthew starred in the lead role of J.M. Barrie in the Broadway production of Finding Neverland from March 2015 to January 2016.

The American-born actor, dancer, and singer-songwriter, Matthew James Morrison, was born n October 30th, 1978 in Fort Ord, California, United States. Morrison is 42 years old as of 2020. He celebrates his birthday on October 30th every year.

James Morrison who is known for his role on the Glee show measures a standing height of 5 feet 11 inches tall which is equivalent to 1.8 meters. His outstanding athletic body is evenly complemented by his weight of 76 kilograms which is equivalent o 167 lbs.

With the help of Elton John, the lovely couple announced their engagement on June 27th, 2013. The beautiful couple got married on October 18th, 2014 at a private home on the island of Maui. Morrison announced on his Instagram account that they were expecting their first child on May 16th, 2017. In October 2017, they welcomed their son, Revel James Makai.

While he was still in high school, Matthew did a musical with actress Jodie Sweetin. Matthew James attended New York University’s Tisch School of the Arts for two years before dropping out and joining the Broadway adaptation of Footloose.

James Morrison was a regular performer on Broadway by the time he was a freshman of college. Morrison appeared on Late Show with David Letterman and Total Request Live as one of five members of the fictional parody boy band “Fresh Step”, an act that was conceived by several Late Show writers, in 1999, while still at New York University.

The choreographer hired for “Fresh Step” was also the choreographer for the Broadway musical Footloose, and helped Morrison to get cast in Footloose later that year. Morrison dropped out of NYU to begin appearing in the show.

Since 2019, Morrison has been a “dance captain” on BBC One’s The Greatest Dancer alongside Cheryl, Oti Mabuse and in the second season, Todrick Hall as well. In the second half of 2019, he portrayed Trevor in the ninth season of the FX horror anthology television series American Horror Story.

The following are movies/films by Matthew James Morrison:

The following are television shows by Matthew James Morrison:

Matthew Morrison Net Worth and Salary

The American actor, singer-songwriter, and dancer, James Morrison, has an estimated net worth of $10 million. Matthew has acquired his great fortune from his multi-talent. He maintains a low profile about his annual salary and payment per episode. This information will be updated as soon as we have credible information pertaining to the topic.