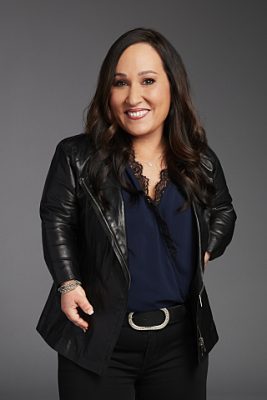 Meredith Eaton was born Meredith Hope Eaton. She is an American actress. Meredith is well known for the role she played as the attorney Emily Resnick on the CBS television series Family Law. She also played another role as Bethany Horowitz on the ABC series Boston Legal and for her lead role as Matilda “Matty” Webber on the CBS series MacGyver.

Meredith has a charming smile. She stands a height of is 4 feet (1.29 meters tall). She also weighs 58 kilograms. She has beautiful light brown eyes and dark brown hair.

She was born on Long Island, New York, to a mother named Diane Eaton who was a clinical social worker, and father Michael Gilden who is an administrative law judge father.

Meredith and Gordon who is a professional photographer had a daughter together. There is no information given about her daughter’s name. The information will soon be updated.

She attended Hofstra University in Hempstead, New York. She graduated in 1996 with a degree in interdisciplinary studies, minoring in theater. In June 2007, she was named by Hofstra University as their Alumnus of the Month. She later earned a master’s degree in clinical psychology from the Derner Institute of Advanced Psychological Studies at Adelphi University, where she achieved a 4.0-grade point average.

She is an American actress who stands a height of is 4 feet (1.29 meters tall). She has an estimated net worth of$1.2 million.

Meredith and Brian Gordon are married. They got married on October 12, 2008. The two were blessed to have a beautiful daughter.

NCIS is an American action police procedural television series, revolving around a fictional team of special agents from the Naval Criminal Investigative Service. Meredith was a guest-starred on NCIS.

Meredith Eaton was cast in this series as Matilda “Matty”. Matty is a replacement as Director of Operations at Phoenix Foundation and she is also MacGyver’s boss and the new director at The Phoenix Foundation. It’s revealed in “Scavengers, Hard Drive Dragonfly” that she is married, but has not worn a wedding ring since her husband went on a deep undercover assignment.