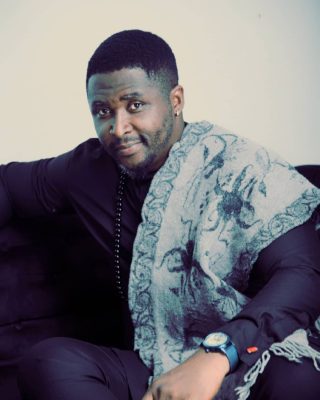 Onny’s has also captured the love of his fans by his handsome stature, gifted art, skillful art, creative and talented on set. Michael is also great at his interpretation of movie roles. He knows how to interpret his roles very well and can fit in any character given to him by movie directors and producers in Nigeria and these have helped him get many movie contracts.

Onuchukwu Michael Okpokwu who is a famously known Nigerian actor was born on April 26, 1978, in Enugu State in the south-eastern part of Nigeria. Michael is 41 years old as of 2020. He celebrates his birthday on 26th April every year. His zodiac sign is Taurus which describes his character trait to be very ambitious and determined.

The handsome television personality Michael measures a standing height of 6 feet 5 inches. His gorgeous well-built body attracts many of his fans as he is handsome with an infectious smile. More information concerning his measurements will soon be updated.

Born in Enugu state, Michael was born in a family of six children. There is no known information about his siblings’ names. It is known that he has two brothers and a sister. This information will soon be updated.

Onny is married and has a daughter. He is married to Mrs. Michaels Ifemaranma. In 2018, they celebrated their fourth year wedding anniversary being wished all the best from family and friends.

The couple’s daughter is called Chimamanda. On 15 March 2019, the couple celebrated the birthday of their daughter as she turned 4.

The following are some exciting facts about Onuchukwu Michael:

After Michael finished his primary and secondary school education, he proceeded to the University of Nigeria, Nsukka in Enugu State, Nigeria, and graduated with a Bachelor’s Degree in Fine and Applied Arts. He later joined the Nigerian filmmaking industry (Nollywood) back in the 1990s doing supporting roles.

He rose to fame after being featured in several Nollywood blockbuster movies. Apart from being an actor, he is also a model and an artist. Onny is currently one of the most handsome, gifted, skillful, creative, and talented actors in Nigeria as he knows how to interpret his roles very well and can comfortably fit any character that is given to him by movie directors and producers in Nigeria.

Apart from being featured in action and romantic movies, he has also acted in glamor, epic, comedy, and tragedy movies. In his field of acting, he has acted alongside fellow Nollywood stars like Chioma Chukwuka Akpota, Ini Edo, Queen Nwokoye, Funke Akindele, Rachael Okonkwo, and Mercy Johnson among others.

He is expected to release more of these videos. His character acknowledgment has helped him land more acting roles from directors and producers. Been an upcoming actor, not much has been shortlisted. This information will soon be updated.

The following are his love films: