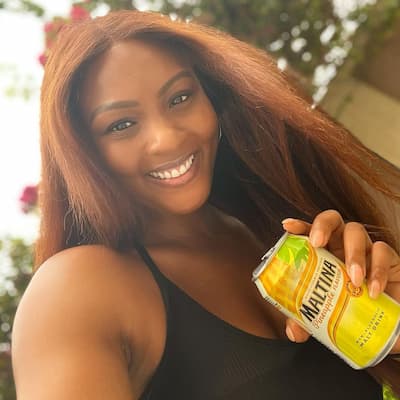 Osas Ighodaro born (Osariemen Martha Elizabeth Ighodaro) is a Nigerian American actress, producer, host, and humanitarian. She co-hosted the 2014 Africa Magic Viewers Choice Awards. She played the role of Adanna (Danni) on the soap opera Tinsel and won Best TV Actress of the Year at the 2014 ELOY Awards.

She won the Miss Black USA Pageant in 2010 and founded The Joyful Joy Foundation, raising funds and awareness towards the fight against Malaria.

She stands at a height of (5feet 6 inches) 1.7 meters tall and weighs 73 kilograms. She has black hair and black eyes. Her body measurements are 32-23-32 inches.

She was married to Gbenro Ajibade who is a Nigerian actor, producer, model, and presenter. The two got married in June 2015. They were blessed to have their first child in 2016. They later divorced.

She got her first degree in broadcasting journalism with dual minors in entrepreneurship and theater from Pennsylvania State University. She further obtained a master’s degree in fine arts from the Actors Studio Drama School at Pace University.

The Nigerian American actress, producer, host, and humanitarian has earned a fortune for herself. Her net worth is under review. The information will be updated.