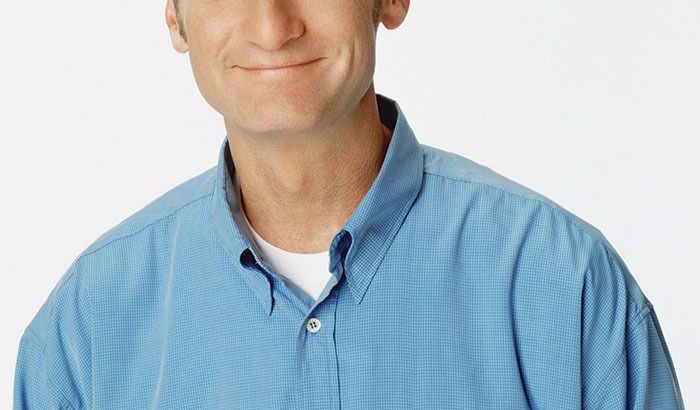 Ryan Stiles born Ryan Lee Stiles is an American-Canadian actor, comedian, and producer whose work is often associated with improvisational comedy. He is best known for his work on the original British series and American version of Whose Line Is It Anyway? and for his role as Lewis Kiniski on The Drew Carey Show. He also played Herb Melnick on the CBS comedy Two and a Half Men and was a performer on the show Drew Carey’s Improv-A-Ganza.

Ryan is the youngest of five children, Stiles was born in Seattle to Canadian parents Irene and Sonny Stiles. He grew up with his mother, a homemaker, and his father, a supervisor at a Vancouver-based Canadian fish processing plant. When he was ten, his family moved to Vancouver, British Columbia.

In 1981, Stiles met Patricia McDonald at Punchlines where she was a waitress. The couple is blessed to have three children: Sam, Mackenzie, and Claire.

Stiles had gained the attention of the producers of the British improvisational comedy show Whose Line Is It Anyway? Stiles was a regular on the show until its end in 1998. His performance on the program earned him both critical praise and a devoted fan following in the United Kingdom. In 1995, Stiles was asked by American comic Drew Carey to be a regular on his comedy The Drew Carey Show. Stiles played Carey’s erudite but underachieving best friend, Lewis Kiniski. In 1998, Carey successfully lobbied ABC to produce an American version of Whose Line Is It Anyway? Following the final season of the British version in 1998, the American version premiered, with both Stiles and Carey credited as executive producers. Stiles received a nomination for the Primetime Emmy Award for Outstanding Individual Performance in a Variety or Music Program in 2002 for his work on the show. A running gag of the show is Stiles’ flashy dress shoes. Though he never appeared in the series, Stiles performed in the taping of the unaired pilot episode of Drew Carey’s Green Screen Show, which involved improv games similar to Whose Line? games played in front of a massive green screen. The animation was later added to the improv footage. During the 1994 Major League Baseball strike, Stiles appeared in several commercials for Nike, hanging out in an empty ballpark, doing things such as playing the organ and attempting to do the wave alone. The commercials ended with the line: “Play ball. Please.”

Stiles has an estimated net worth of $8 million dollars as of 2022. This includes his assets, money, and income. His primary source of income is his career as an Actor.