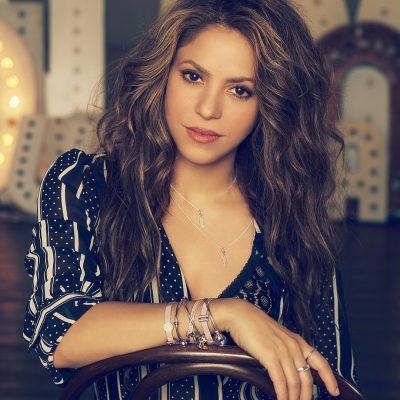 Shakira was born as Shakira Isabel Mebarak Ripoll but she is well known as Shakira. She is a Colombian singer, songwriter, record producer, dancer, actress, and philanthropist. She made her record first appeared under Sony Music Colombia at the age of 13.

She gained fame in Spanish-speaking countries with her next albums, Pies Descalzos in 1995 and Dónde Están Los Ladrones. Shakira is now ranking as the most-streamed Latin artist on Spotify and became one of only three female artists to have two YouTube videos exceeding two billion views. Shakira is the first artist to perform three times at the FIFA World Cup.

How Old Is Shakira? Shakira born as Shakira Isabel Mebarak Ripoll was born on 2 February 1977 in Barranquilla, Colombia. She is 43 years old as of 2020.

She stands a height of 1.57 meters tall. She has dark brown eyes and Brown (Dyed blonde) hair.

Shakira started a relationship in 2000 with Argentinian lawyer Antonio de la Rúa. In an interview, Shakira stated their relationship worked as a married couple, and that they did not want a paper for that. In 2010 they separated after being in a relationship for ten years.

Shakira started dating a Spanish football player Gerard Piqué, center back for FC Barcelona and the Spanish national team in 2011. Piqué, first met Shakira in the spring of 2010, when he debuted in the music video for Shakira’s song “Waka Waka the official song of the 2010 FIFA World Cup.

The couple was blessed with their first son Milan on 22 January 2013 in Barcelona, Spain, where the family had taken up residence. On 29 January 2015 Shakira gave birth to their second son Sasha.

Try Everything” is a song recorded by Colombian singer Shakira for the 2016 Walt Disney Animation Studios film Zootopia.

She is a Colombian singer, songwriter, record producer, dancer, actress, and philanthropist. She has an estimated net worth of $300 million.