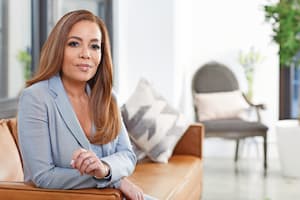 Sunny Hostin born (Asunción Cummings Hostin) is an American lawyer, journalist, and television host. Hostin is a co-host on ABC’s morning talk show The View. She is also the Senior Legal Correspondent and Analyst for ABC News. She is also the host and executive producer of Investigation Discovery’s true-crime series Truth About Murder with Sunny Hostin.

She stands at a height of 1.78 meters tall (5feet 9inches) and weighs 59 kilograms. She has dark brown hair and brown eyes.

Hostin is a married man. She is married to Emmanuel Hostin who is an orthopedic surgeon. They are blessed with two children, Gabriel and Paloma. The family resides in Purchase, New York.

She attended the all-girls Dominican Academy and is bilingual in English and Spanish. She received her Bachelor of Arts in English and Rhetoric from Binghamton University and her Juris Doctor from Notre Dame Law School.

Sunny began her professional career as a law clerk to Robert M. Bell. As of now, he retired from the Chief Judge of the Maryland Court of Appeals. After a few years of working in Maryland, she became a trial attorney in the US Department of Justice’s Antitrust Division.

Sunny began her media career when she first became a commentator for Court TV before joining Fox News, where she appeared on “Is It Legal?” alongside Bill O’Reilly and Megyn Kelly. In 2007, she joined CNN as the legal analyst for its morning show “American Morning”. She also wrote a news column for CNN called “Sunny’s Law”.

Sunny is currently working for ABC News as the Senior Legal Correspondent and also as a co-host on the morning talk show “The View”.

Sunny has an estimated net worth of $3 million. She has earned her fortune from her career as an American lawyer, journalist, and television host.