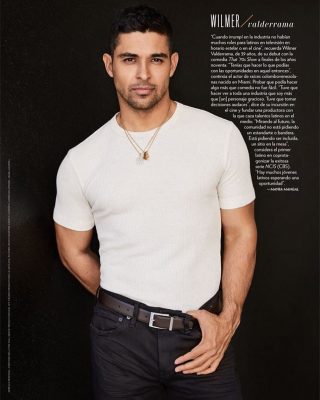 Wilmer Valderrama was born as Wilmer Eduardo Valderrama. He is an American actor, producer, singer, and television personality. Wilmer is well known for the role of Fez in the sitcom That ’70s Show from 1998 to 2006 and as Carlos Madrigal in From Dusk till Dawn: The Series.

He was the host of the MTV series Yo Momma, the voice of Manny in the children’s show Handy Manny and has had recurring roles on Grey’s Anatomy as well as The Ranch. He is currently part of the main cast of NCIS, portraying Special Agent Nick Torres.

He was born to a Venezuelan father named Balbino A. Valderrama, who owned a farm equipment rental company, and his mother is Colombian named Sobeida Valderrama.

Wilmer is not yet married. In 2004 he dated actress Lindsay Lohan the relationship did not last for a long and he started another relationship with Demi Lovato. He also dated Mandy Moore and Ashlee Simpson. In January 2020 Valderrama got engaged to Amanda Pacheco.

NCIS is an American action police procedural television series, revolving around a fictional team of special agents from the Naval Criminal Investigative Service. Wilmer joined NCIS on June 16, 2016, in its fourteenth season. He is a series regular as NCIS Special Agent Nicholas Torres.

He is an American in nationality.

Wilmer is an American actor, producer, singer, and television personality. He has an estimated net worth of $20 million.