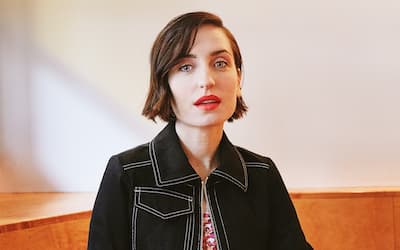 Zoe stands at an average height of  5 feet 3 inches (1.6 meters) tall and weighs 56 kilograms. Her other body measurements are  33-24-35 inches. She has brown hair and blue eyes.

Lister-Jones was born in Brooklyn, New York City. Her mother is the Canadian-born and New York-based video artist Ardele Lister, and her father is the American photographer and media artist Bill Jones. Her mother was born to a Jewish family, whereas her father converted to Judaism.

She graduated from Edward R Murrow High School in Brooklyn. She graduated with honors from the Tisch School of the Arts at New York University and studied at the Royal Academy of Dramatic Arts in London.

In 2013, Zoe married her acting, writing, and production partner Daryl Wein. In 2021, she announced that they had split after a 17-year-relationship. Lister-Jones described how they had been “in and out of an open relationship” In December 2021, Jones accused Chris Noth of being inappropriate on the set of Law and Order in 2005

Her debut solo CD was entitled Skip the Kiss. Kyle Forester, who composed the score for Breaking Upwards, arranged the music for Skip the Kiss. Lister-Jones’ New York City theater credits include Seminar, The Little Dog Laughed and The New Group’s The Accomplices. Her screen credits include the political thriller State of Play, Salt, The Other Guys, The Marconi Bros., Day Zero, as well as quirky independent films such as Armless, Arranged, and Palladio.

On television she has appeared in Law & Order, Law & Order: Criminal Intent, Law & Order: SVU, Law & Order: Trial by Jury, on HBO’s Bored to Death, as Kim on Adult Swim’s Delocated, as Lily in the cast of the NBC sitcom Whitney, as Kate in Friends with Better Lives, as Councilwoman Fawn Moscato in New Girl, as Jen in Life in Pieces and as Carolyn Hart in the HBO film Confirmation.

Zoe has earned a lot from her career as an actress-producer, director, and writer. She has an estimated net worth of $2 million.