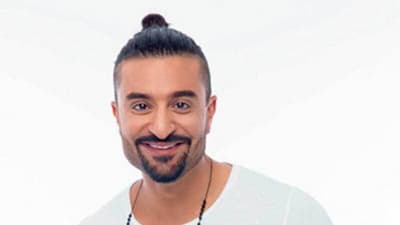 Kris Fade, an Australian TV Personality/Host/Emcee, is one of the cast members of the Dubai Bling series, Season one which premiered on 27th October 2022 on Netflix. Asides from his role on the show, he works as a radio host.

He stands at an approximate height of 5 feet 9 inches and weighs around 90 kg.

Fade was born and raised in Sydney, Australia to his loving and caring parents, George, and Gilda Fahd. Both her parents were born in Lebanon and migrated to Sydney, Australia. He was raised alongside three siblings, a brother, and two sisters. His brother, Matty, was featured on the Australian version of the British observational reality show, Gogglebox. This show airs on Foxtel and Network 10. He was raised in a Christian family.

Fade is married to his lovely and beautiful wife, Briann Ramirez, born on the 21st of July. On the 31st of May, 2022 saw him share photos and videos of his wedding. We will update this information once more information regarding his wife is available to the public.

The duoo are proud parents to their two daughters who he often posts photos of on his Instagram Account. We will update this information once more information regarding his children is available to the public.

Fade is one of the cast members of the Dubai Bling show where he appears alongside 10 millionaires in Dubai. The show premiered on the 27th of October 2022. He moved to Dubai in the year 2008 from Australia and debuted the first Virgin Radio station in the Middle East.

Asides from this, he was the official Red Carpet Correspondent in the year 2017 representing OSN. In the following year, 2018, he launched his very own brand titled “Fade Fit,” which produces products. The brand provides healthier options for vitamins and snacks. Asides from tho, he was immortalized and honored with his own Madame Tussauds wax figure, which is also standing at Madame Tussauds Dubai.

As a result of his humor, skills, and improvisation, he has received several honors and has been a sought-after MC in the region. Among the well-known events that he has hosted include The Varkey Foundation Event with Hugh Jackman,  Pope Francis’ visit to the UAE, various Government organized events around the region, Global Titans Fight Series with Floyd Mayweather, The Varkey Foundation Event with Hugh Jackman, and the activations for The NBA Abu Dhabi Games.

Fade started his radio career working at Sydney’s The Edge 96.ONE. In 2008, he launched the first Virgin Radio brand in the Middle East, which was based in Dubai, United Arab Emirates. The Kris Fade Show is now syndicated on the KIIS Network in Australia and is among the top most-watched show with over 1,300,000 listeners every week. As a radio host, he has managed to host several celebrities and politicians including and so many more. He has also received several honors and awards for bringing ‘Best Personality, Best Radio DJ, and is also on Ahlan! list for the Hot 100 Legends.

He kick-started his radio career working for Sydney’s The Edge 96.0 ONE. the year 2008 also saw him launch the first Virgin Radio brand in the Middle East which was based in Dubai, the United Arab Emirates(UAE). He also hosts among the top most-watched show with over 1,300,000 listeners every week, the Kris Fade Show. This show is syndicated on the KIIS Network in Australia.

In his role as a radio host, he has been to host several politicians and celebrities which include Kevin Hart, Dwayne The Rock Johnson, Connor McGregor, and Will Smith, among others. Asides from this, he has received several honors and awards from bringing “Best Personality, and Best Radio DJ, and is also on Ahlan!” This is the list of the Hot 100 Legends.

His skills with improvisation, humor, and commanding a room have allowed him to be the most sought MC in the region. Asides from this, he has also hosted some of the most prominent events which include the Varkey Foundation Event with Hugh Jackman, Pope Francis’ visit to the UAE, and the Global Titans Fight Series with Floyd Mayweather. He has also emceed various Government organized events around the region and activations for The NBA Abu Dhabi Games.

Through Fade’s career as a TV Personality/Host/Emcee, he has been able to accumulate a net worth that ranges from $1  million to $5 million.