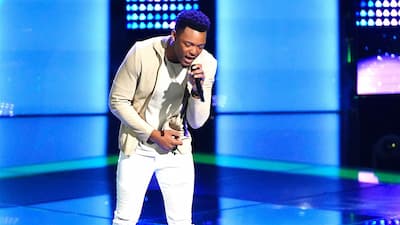 Mike is 23 years old as of 2022. He was born in 1999. date of birth, and birthday are publicly not available. We will update this section once this information is available.

He appears to be quite tall in stature if his photos, relative to his surroundings, are anything to go by. However, details regarding his actual height and other body measurements are currently not publicly available. We will update this section when the information is available.

Mike was born and raised by his parent in the United States. The identity of his parents is still unclear. It is also not known if he has any siblings. We will update this section once this information is available.

Parker attended Kettle Run High School(2010-2013) where he played football as a wide receiver and defensive back. He helped Kettle Run High School to the state semifinals as a junior and was heavily recruited by top college programs. He then joined Fauquier High School from 2013 to 2014. Upon graduating from high school, Parker attended Atlanta Metropolitan College, GA. He dropped out of college to pursue his passion for music.

Parker is a junior and senior high school football star. He played junior football at Kettle Run High School and senior football at Fauquier High School. He was a wide receiver and defensive back and helped Kettle Run High School to the state semifinals as a junior and was heavily recruited by top college programs. But he admitted and revealed he lost his chance at college scholarships because his grades were “crap” and he didn’t want to pay attention in class. Mike shifted his focus to music instead.

Parker competed in season 15 of The Voice which premiered in the fall of 2018. He auditioned with Neyo’s So sick and got a chair turn from Jennifer Hudson. The singer won The Voice battle round after the performance of John Mayer’s Gravity with teammate Natasha Greycloud. However, Mike was eliminated in the knockout round when he went up against McKenzie Thomas.

Parker released his first original song in 2017 titled Raise a Glass. He has since moved from Virginia to Los Angeles and released four other songs; Put Me in the Game (2019), Battle (2020), The Real Me, (2021), and Still Stingy (2021). The singer revealed that he started singing in church at the age of 9 years and that he competed in high school talent show every year.

The singer previously worked as a heavy equipment operator for S.W. Rodgers in Gainesville, 2014-17.