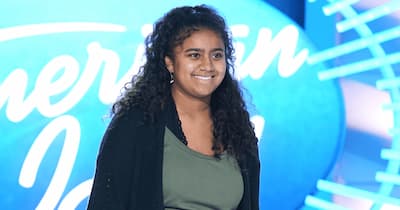 Camryn Champion is an American singer and songwriter. Camryn gained fame from the television singing reality show American Idol Season 20 broadcasted on ABC in 2022. She performed on I’m Not The Only One song at the audition.

She is known for participating in the 20th season of ABC’s singing reality show American Idol judged by Katy Perry, Luke Bryan, and Lionel Richie. She is originally from Lumberton, New Jersey.

Camryn Champion was born and brought up in Lumberton, New Jersey. she was born to her mother named Melissa Champion and her father is Takeem Oladimeji Champio. She has a sister named Arielle Angelique Champion. After her birth, Camryn’s family moved to the island of Okinawa, Japan where she lived until March of 2009. In 2012, Camryn and her family moved to her parents’ original hometown New York because her father was getting deployed overseas.

She is also a junior at Rancocas Valley Regional High School.

At the age of 4, she began singing and writing her own songs. She filled up the pages in her notebook with amazing lyrics. On 9/11, she performed the national anthem at Rancocas Valley Regional High School in high demand for the volleyball team. She has also performed on a monster truck show as well as a military retirement ceremony and Preschool graduation. She has performed in various singing contests and won first place in the Coast 2 Coast competition in Brooklyn in November 2018.

In 2022, she appeared on the television show American Idol as a contestant that premiered on ABC.