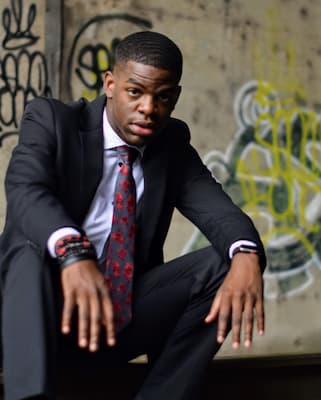 The preacher is an ordained Elder in his church. The singer has performed around the world including in Cuba and New York. Allen has gone viral 7 seven times according to the Tyler Nicholas Allen Ministries Website. His cover of Kirk Franklin’s Wanna Be has over 12 million on Youtube.

Allen stands at an average height of 5 feet 7 inches (1.7 meters) tall and he weighs 58 kilograms. He has black hair and black eyes. His other body measurements are not available.

He was born in Mobile Alabama, United State. He is the son of his mother named Tiffany Nicole and his father named Smith Allen. Moreover, Allen has 5 siblings and he is the 2nd child of the six children of his parents. Two of his brothers are JJ and Noah Allen. Tyler’s sister is Taylor Allen.

Tyler is married to Dajha Janae who is also a singer, writer, and trainer. The two got engaged in January 2021. Together with his wife, Allen does Q & As on his YouTube channel. Not much is known about her girlfriend.

Allen is among the contestants who auditioned for season 20 of ABC’s singing reality show American Idol. He is a singer and preacher/pastor from Mobile, Alabama. Through the American Idol promos, we learn that he auditioned with a song he used to sing to his nephew and to rock him to sleep. He performed a rendition of Whitney Houston’s I Believe in You and Me and got through to Hollywood Week.

Allen is a well-known singer as several of his songs have gone viral. He has gone viral over 7 times on all social media platforms. His cover of Wanna Be by Kirk Franklin went viral.

Season 20 of American Idol premieres on Sunday, February 27, 2022, and its judges are Luke Bryan, Katy Perry, and Lionel Richie, as well as host Ryan Seacrest.